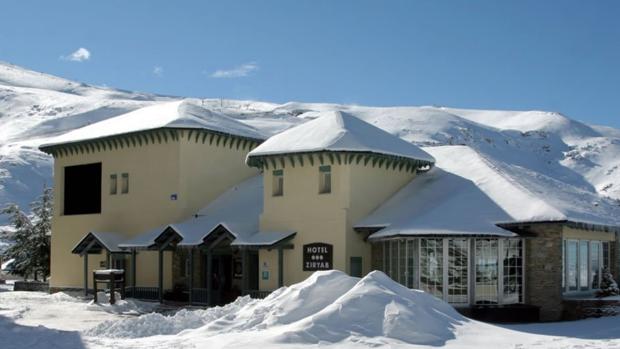 The Ziryab hotel in Sierra Nevada will be managed by GAT

– Located in the Sierra Nevada resort, the hotel is a 3-star establishment with 147 rooms of different capacities and modalities.
– With this new asset, GAT increases its current management portfolio to sixteen hotels, five of them in Andalusia.

The new owner has entrusted GAT with the operation of the establishment, which has been closed for the last two years. The company will take over the management of the hotel from this November with the intention of relaunching it as a benchmark in the Sierra Nevada resort of Granada.

This will be GAT’s second operating asset for the snow segment. In October 2020, the company added the four-star Hotel Aragón Hills, located in the Huesca resort of Formigal, to its portfolio, an experience that will undoubtedly serve as a direct application in the case of the new asset incorporated after a long period of time closed.

The GAT team is already working intensively on the preparations and fine-tuning of the asset to face the upcoming winter season, coinciding with the opening of the ski resort.

With the incorporation of this asset, GAT reinforces its presence in the Andalusian community. “We are adding a new asset in Andalusia to those already managed in the leading autonomous community in the ranking of national peninsular destinations. There we have the Hotel DoubleTree by Hilton Islantilla and the apartment complex The Residences Islantilla in Islantilla (Huelva) and the Hotel Encinar de Sotogrande (Cadiz) and the Hotel Antequera in Antequera (Malaga), establishments of different properties, all of them professional investors with “value” strategies, according to Ramón Garayar-CEO of GAT.

In spite of the complicated months that the sector has gone through and continues to go through, GAT continues its expansion and growth process. The company is strengthened by having increased its management portfolio by 10 more assets during this period; “We are consolidating our position as the leading specialist in the operation and management of independent tourism assets under different formulas”.

GAT’s management of the new asset portfolio will contribute to boosting the economy and promoting local employment. The search and selection process for the recruitment of up to 25 jobs in different specialties is already active.
The hotel’s re-launch is ambitious and will be developed in different phases, bearing in mind the need to enhance the value of the destination’s attributes. The management of GAT will focus on facilitating access to all the experiential, active and nature tourism possibilities, contributing to the deseasonalisation of the product and the destination.

El Ziryab, a hotel with a lot of personality

Built in a privileged location, with spectacular views, El Ziryab will maintain its character and personality that makes it unique and identifies it.
This mountain hotel is located next to the Al-Andalus and Borreguiles chairlifts in Sierra Nevada, 5 minutes walk from the nearest bus stop, 12 kms from the ski area of the Veleta peak and 34 kms from the centre of Granada.

It is foreseen that, after the imminent winter season, a technical stop will be carried out, which will serve to continue the process of updating and improving the facilities and services. All of this will contribute to positioning the establishment as a reference in terms of sports and experiential offer with a commercial strategy focused on the promotion of active tourism activities, as has already been done in the case of the aforementioned Aragón Hills Hotel.